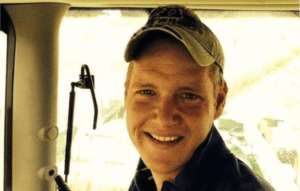 Robert Redman runs a Contracting company situated  in Thame, Oxfordshire in the UK. They offers a variety of fieldwork - among others a lot of baling of straw and hay.

David Johnson from Big Bale North offered Robert a DSE4200 Moisture tester for testing in the beginning of 2015. It is fair to say that the testing went very well, because by the end of 2017 Robert has equipped all his five 6 strings balers with the DSE4200 Moisture Meter.

“This increase of our baling capacity is a great benefit for us and means a world of difference from an economic perspective.”

“The DSE4200 measures every 3 second and it makes very accurate measurements, meaning that you are in control of the straw or hay you are bailing and you never experience any bad surprises afterwards. As it measures through the bale you are never in doubt if the measurement is correct or not, which you sometimes can be when using a probe and accidently measures in some green material in the bale.”

Robert Redman also uses the DSE4200 Moisture Meter when baling hay, silage and haylage. With highly accurate continuous readings every 3 seconds, he feels in control and can bale high quality haylage within the desired moisture limits of 22% - 27%.

All in all - Robert Redman considers himself to be a very satisfied DSE4200 user. 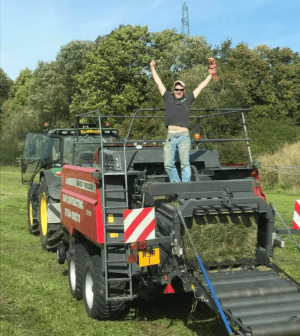